Fassionola: The Torrid Story of Cocktails’ Most Mysterious Ingredient

Many things are lost to history — the memories of people, places, things, and their details. This project has been an endeavor to unearth and retell some of those lost tales. But, like many of those stories, it cannot be told in one voice. It is a detective work, a culinary and cultural history, a biographical review, and a cookbook all centered around cocktails’ most mysterious ingredient — Passionola — now known generically as “fassionola.”

We use the concatenation of P/Fassionola because, as we all do, this passion fruit concoction went through its own growth, blossoming, and evolution. Developed by a German immigrant druggist and his wife in 1916, the brand was coined Passiflora, then Passionola — a passion fruit flavored syrup intended for soda fountains and ice cream sundaes. Fifty years and several scandals later, it was rebranded Fassionola, a commercial cocktail mixer offered in multiple flavors.

Along its journey, it touched the lives of music publishers, actors, dancers, soft-porn directors, suspected mob associates, and barmen keen to keep the legend alive. As it was advertised, P/Fassionola really was the “taste thrill of the Century.”

As we research our book, we will be posting our findings here. So sign up for updates! 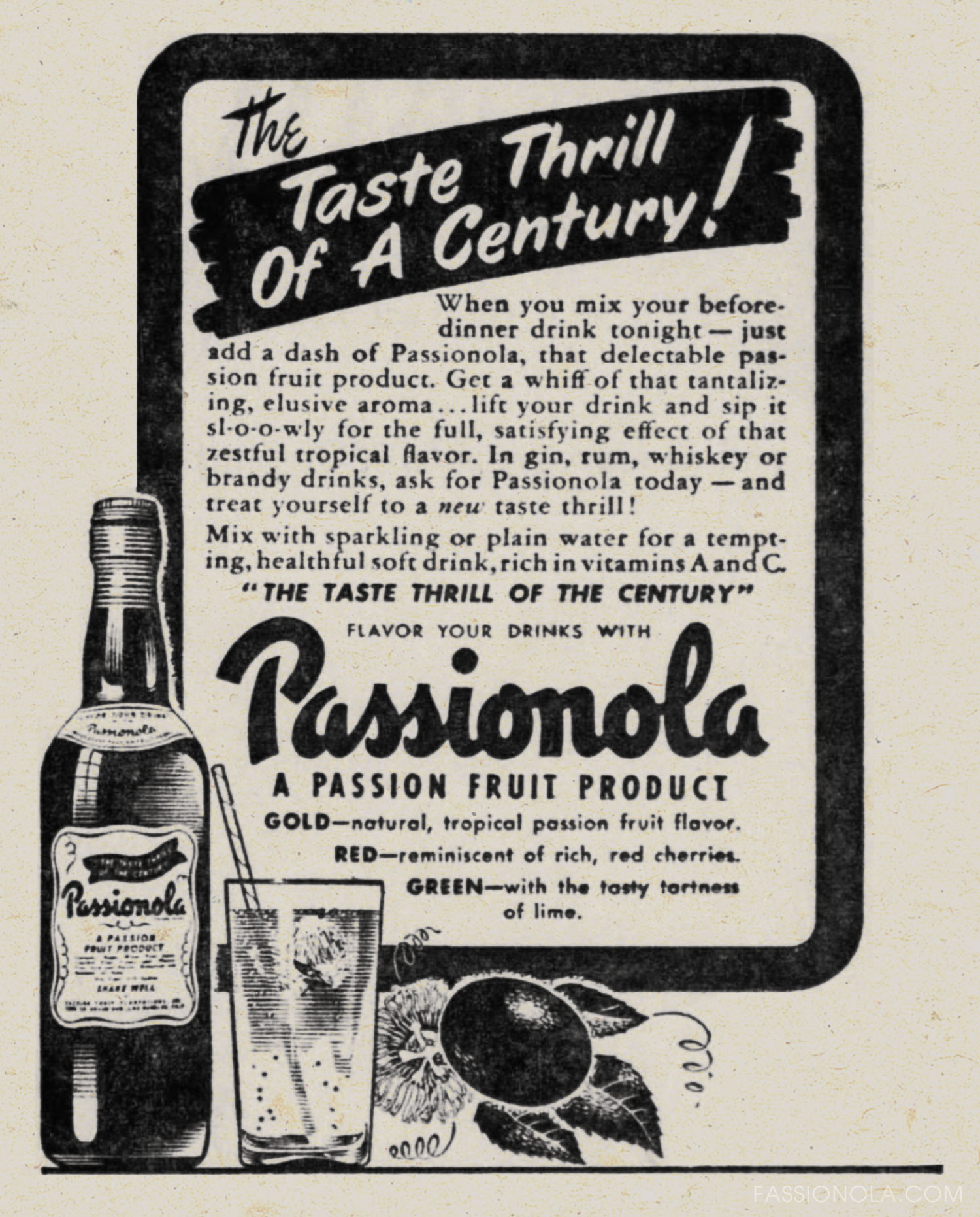 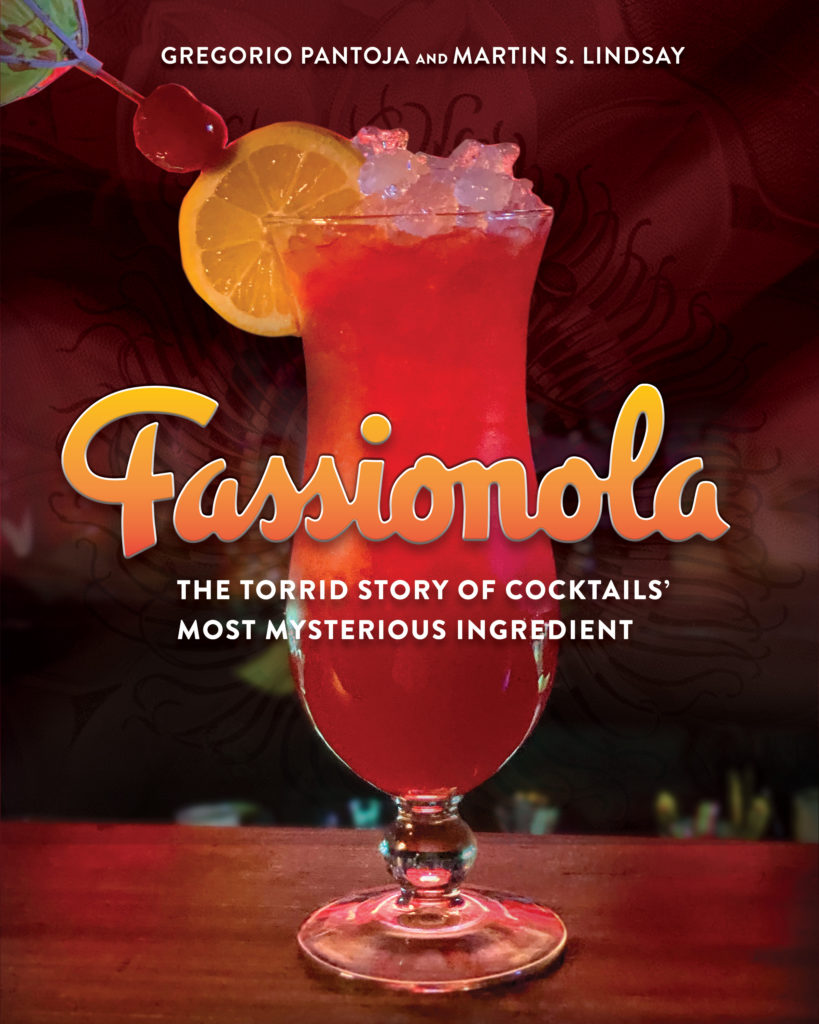 Fassionola: The Torrid Story of Cocktail’s Most Mysterious Ingredient 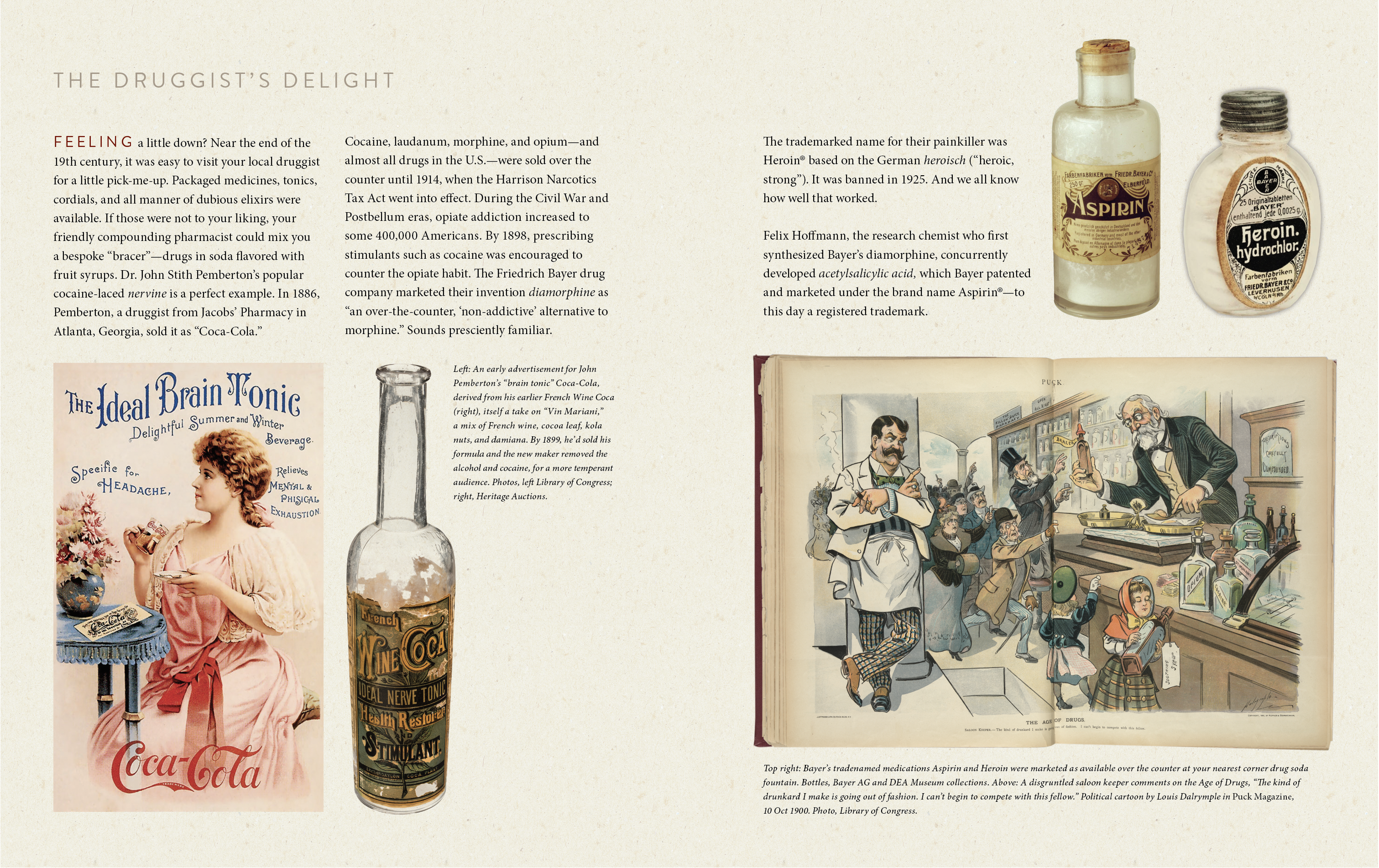 “The  Druggist’s Delight.” Passionola was borne from the anything-goes origins of the American soda fountain, ice cream sundaes, and fruit syrups.

“By the sea, by the sea, by the beautiful sea!” J Frank Cullen, Victor Kremer, and clients on the beach of their new real estate development, “Cardiff-by-the-Sea,” Summer, 1912. Kremer and his wife would soon plant acres of passionfruit in San Diego County for their new venture, Passionola. Photo, SDHC.

“The whole flavored with dashes of history,
mixed in a shaker of anecdote, and served with a
chaser of illuminative information.”

Order now to secure your copy of our softcover edition, $39.95. To be published this summer. Shipping in August 2023!

Have any information about Passionola or Fassionola, or a vintage recipe that contains either? We’d love to hear from you, we’re always looking for submissions! Contact the authors at [email protected], or by using this contact form.